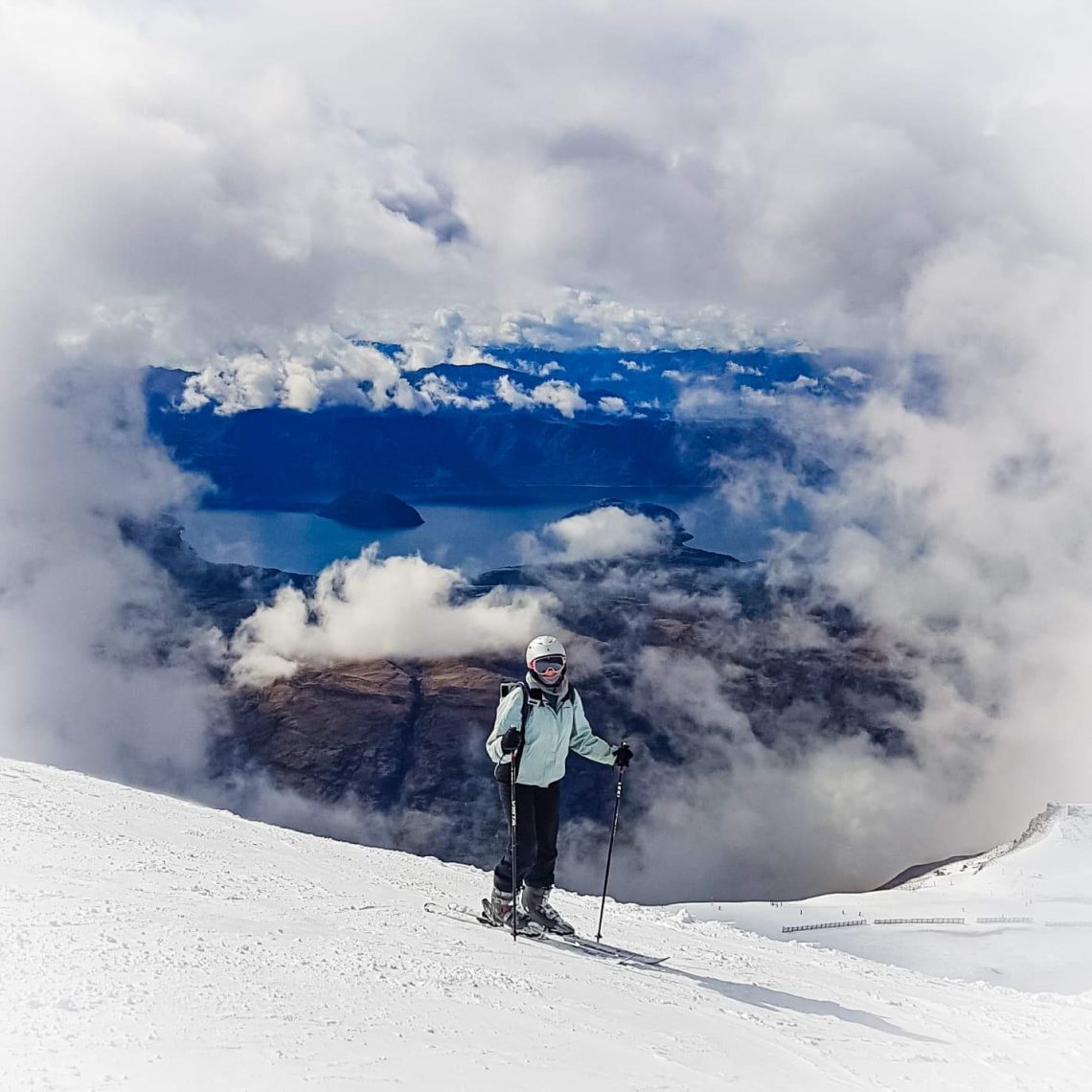 Who would have thought that speeding down a frozen slope on two unforgiving sticks could be such fun.

Growing up in Ireland, where the tallest mountain stands at just over a thousand metres high, skiing just wasn’t a done thing.

Sure, we had snow some years – enough to send the country into a panic, shutting schools and importing salt for the roads when our own stocks depleted – and in those instances we would crack out the toboggans and sledges. But skiing, in my eyes, was reserved for others in faraway lands. Only a handful of people around me had skied before, and even fewer did so on a regular basis, traveling abroad to Alpine regions on family trips.

Basically, skiing always seemed out of my reach. But now, it brings me such joy.

My first time at a ski field was in 2014, when I was studying in Italy on a university exchange year. One of my rare skiing friends from home had lent me a canary-yellow jacket and pant combination, which gave rise to my being nicknamed ‘the skiing banana’ for the duration of the trip.

The outfit was a hit, mainly because I was so bright and slow-moving that I was super easy to spot – my more experienced friends used me as a meeting point. “See you at Molly in 20 minutes”, was a common phrase that weekend.

As a beginner, learning to ski is hard.

I envy anyone who learned when they were young children, fearless and unbreakable. As an adult learning to ski, you feel like a newborn calf, struggling to move with this strange new apparatus attached to each leg.

The boots take an age to get on and off, and you are sweaty and cold at the same time from repeatedly falling and then heaving yourself back up. Watching people glide past you effortlessly as you writhe around makes it all the more disappointing when you fail, numerous times, to master that turn.

Despite all the weirdness of the new experience, what I couldn’t get over from that trip was how happy I felt just being in the mountains, with good company. It felt like an escape from reality, a separation from regular life. It was a strange genre of relaxing getaway, despite the hustle and bustle of the slopes – or maybe because of it. So much to take in, and no time to overthink.

My very first group lesson was with an eccentric Italian man who looked like he was still mentally and physically living at a disco he attended many moons ago, and who kept telling us, in true Italian fashion, to ‘MAKE A PIZZA’. I didn’t fall once that lesson, straight-lining down the beginner slope, blazing with new-found confidence. After lunch, I announced proudly to my more experienced friends that I was ready for the chairlift, having mastered the beginner area. Clearly impressed, they were full of encouragement, and so I followed them to newer, steeper terrain.

When I got to the top of the next slope, I hesitated. “This looks a bit steep – I don’t think I can do it”. Nos, my good friend from Wales who has been skiing since she was little, looked at me curiously; “Sure you can, just do some turns”.

Her jaw dropped. “You didn’t learn turns in your class?”

“Eh…nope” I answered, realizing now that the reason I had not yet fallen was purely because I had not been doing anything that required skill.

And so Nos, with the patience of a saint, agreed to teach me how to get down that slope, without any finesse or grace, but with turns nonetheless. When I arrived at the bottom, I was elated, a huge grin on my face. “Can we do that again??”

And so we did, many times, over the next day or two, until we all reluctantly bundled into the bus back to the city, to our other lives.

By the time we left, I wasn’t great by any means, but what I lacked in skill, I made up for with enthusiasm.

That trip planted a seed; I knew I wanted to ski again.

I skied once or twice in Europe after that time, only ever for a day or two; once once again in Italy, and another time whilst visiting a former boyfriend (a lovely guy and an annoyingly good skier) in Austria. I still wasn’t very good at it, sticking to the easier parts of the mountain – but that didn’t matter, because you can bet I was enjoying every moment of it.

When the opportunity arose to work in a ski field in New Zealand, I jumped at the chance. This would be my time to spend almost every day in the mountains, each day surrounded by snow. Pure bliss.

New Zealand ski fields seem different to European ones. There is a less of that kitschy, winter wonderland vibe. The field I work at is the closest to Christchurch, so it is entirely possible to nip in and out of the city for a day.

People tend to leave in the afternoon, and that après ski vibe doesn’t really exist. I personally live on a working farm, surrounded by 3,000 cattle, and commute to work from there each day. It is a different experience, focused on the skiing rather than the partying.

I try to ski on every break at work, and even go up on some days off to make the most of the snow. I’m no expert but I’ve greatly improved.

The main thing I have realized is that I now want skiing to be a part of my life, more so than before.

I want to ski when I am back in Europe, trying new and exciting places, and I want to get better at it.

I didn’t do many team sports when I was younger, because I never found anything I really enjoyed. Skiing strikes many a good balance; it is something you can do with a group, but still have independence. It is physically tiring, but in all the best ways. It opens new doors and lets you explore, and it is a challenge without being unachievable.

When I ski, I cannot think about anything else; I need to dedicate the entirety of my brain to figuring out my next move, how to shift my balance properly for my next turn. It takes a certain amount of strategy. This occupation of the mind is so therapeutic: pure bliss for an over-thinker like me.

In these stressful times, when visa and pandemic-related woes are always lurking in the background (see my previous post), skiing has given me an outlet for potential anxiety, a means to divert stressful thoughts into something beneficial.

I went skiing a few days ago in a new spot with friends, and got lost attempting to follow them down. I ended up at what can only be described as ‘the icy chasm of doom’ – a steep, narrow, v-shaped ice valley that suffers no fool. Standing at the top, I gulped as I looked down upon the unforgiving path ahead.

My old self would have clambered to safety, and attempted another way down. But my days spent speeding down frozen slopes on two unforgiving sticks in these challenging times have taught me that anything is possible. And with that thought, I stared right into the icy chasm, took a deep breath and went for it.

Have you skied before? How did you find it – was it therapeutic or relaxing, or was it more of an adrenaline buzz? Let me know in the comments below! 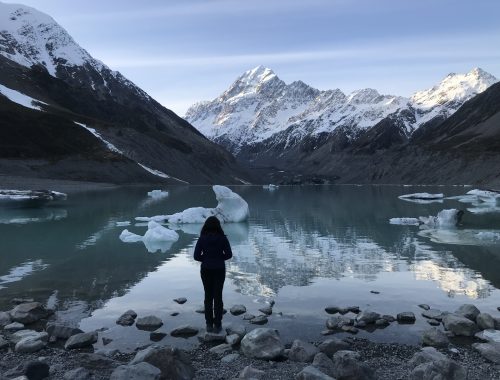 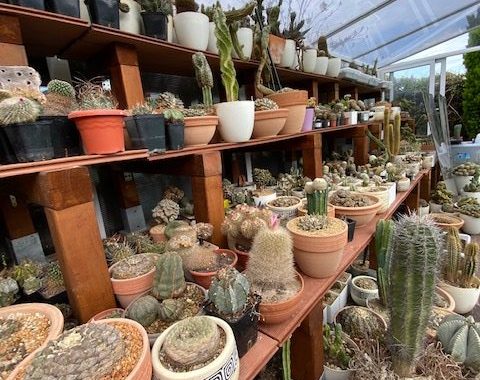 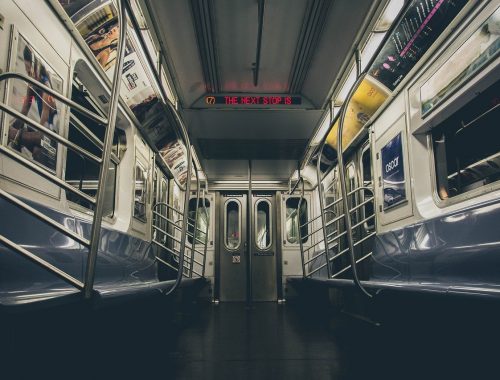